Juno-award winning Jazz Saxophonist, Composer and Arranger, Allison Au (pronounced “ow”) refuses to be defined. Born to a Chinese father and Jewish mother, and raised in the multicultural metropolis of Toronto, Au found music as a young child. Exposed to a wide array of musical styles, she was captivated by the unhinged freedom of Jazz. Jazz became her lab for self-expression, exploration, and musical experimentation. Her work weaves a mosaic of influences into a seamless and soulful sound, a concoction steeped in the tradition of Jazz but skillfully laced with elements of Classical, Pop, R&B/hip hop, Latin, and world music.

Formed in 2009, the Allison Au Quartet has toured extensively in Canada and the US. The group was awarded the TD Jazz Fellowship Scholarship (2011), The Alfred and Phyllis Balm Scholarship (2012), and The Margareta and Benno Nigg Scholarship (2013) for three consecutive artist residencies at the Banff Centre. The Allison Au Quartet has won the 2017 Montreal Jazz Festival TD Grand Prix de Jazz, received the 2017 Halifax Jazz Festival Sting Ray Rising Star Award, and was named a 2017 Finalist for Toronto Arts Foundation Emerging Jazz Artist Award. 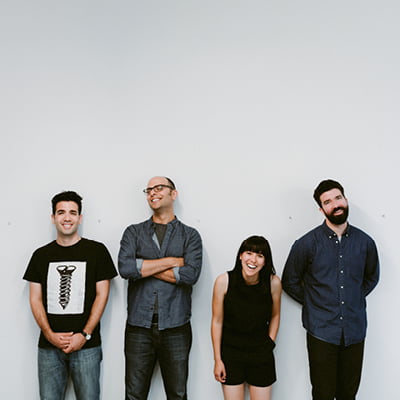