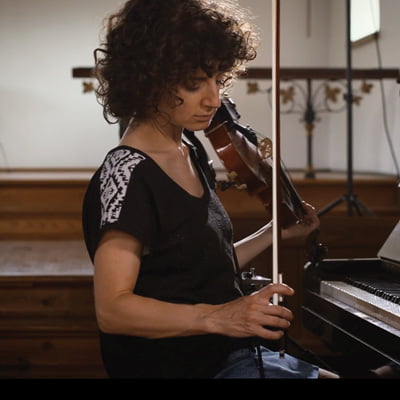 Mika Posen is an Ottawa-based violinist, violist, teacher, songwriter, and string arranger. She studied classical, contemporary, and popular music at the University of Guelph, obtained a Masters in Ethnomusicology from York University, and completed her Suzuki Violin teacher training at the Southwestern Ontario Suzuki Institute.

Mika has worked in the popular music industry since 2006 as a string arranger, session violin/viola player, and touring band member. She was a core member of Timber Timbre form 2008-2013, and of Agnes Obel’s band from 2013-2014, touring to nearly every corner of Canada, the US, Europe, and Australia. She has played countless festivals and graced the stage of such illustrious venues as Olympia in Paris, Philharmonie in Berlin, Concertgebouw in Amsterdam, the Barbican in London, The Ryman Auditorium in Nashville, and Radio City Music Hall in New York City. She has also worked with a variety of Canadian artists, including Basia Bulat, The Weather Station, Evening Hymns, Snowblink, Maylee Todd, Broken Social Scene, and Feist.

Mika currently maintains a private teaching studio at her home in Lowertown and teaches violin with Orkidstra, a program that provides music lessons to children in under-served communities. She also teaches courses about music and culture at Carleton University.

When not providing strings for the music of others, Mika writes songs and instrumental pieces of her own under the moniker “Merganzer.” 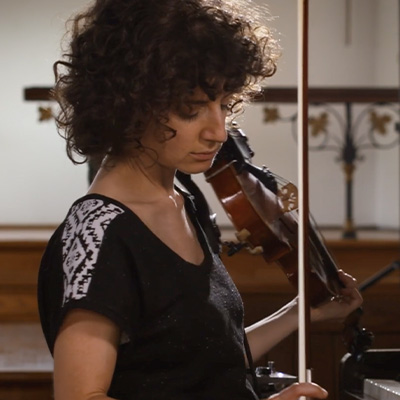