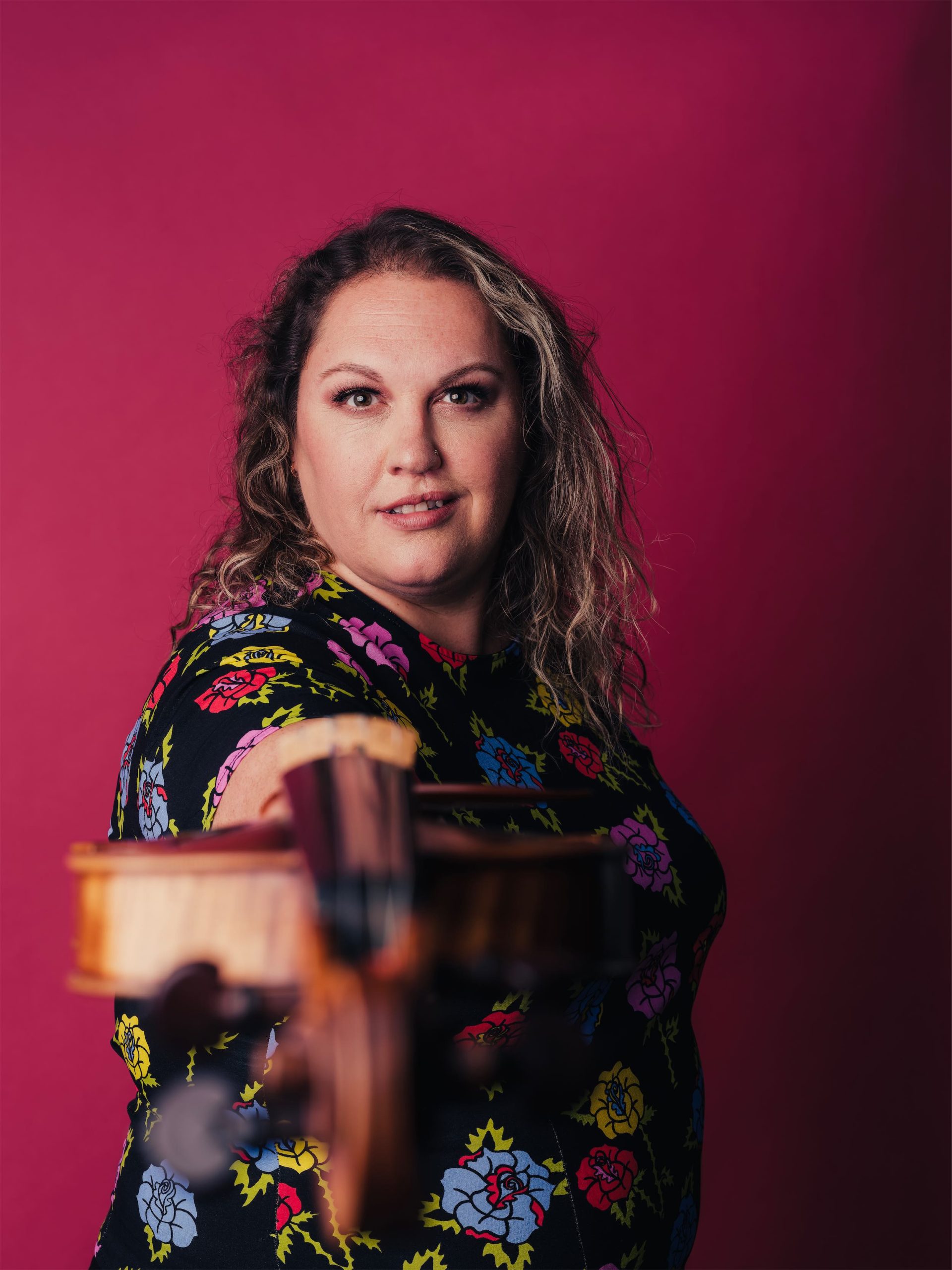 Carissa Klopoushak has made a name for herself as a curious, creative, and versatile musician. She leads a multifaceted musical life as a violinist, violist, chamber musician, orchestral player, and curator. A charismatic and engaging performer, Carissa’s playing has been described as “the complete package of sensitive musicianship and effortless technique” (E-Gré Competition). Based in Ottawa, Canada, she is a proud member of the National Arts Centre Orchestra, the Ironwood Quartet, and serves as Artistic Director of Ottawa Chamberfest.

A passionate collaborator, Carissa has been featured at a multitude of chamber music festivals across Canada, and has toured the country extensively in recital for Debut Atlantic and as the winner the 2009 Eckhardt-Grammatté National Music Competition. Carissa joined the Australian Chamber Orchestra for a series of tours, residencies, and recordings in the 2013/14 season, and has shared the stage with acclaimed artists such as Lara St. John, Jon Kimura Parker, Inon Barnatan, Gryphon Trio, Cecilia Quartet, Mark Fewer, Martin Beaver, John Storgårds, Brantford Marsalis, Miloš Karadaglić, and Richard Reed Parry.  Since 2014, Carissa has been a member of the Ironwood Quartet, made up of four dynamic and passionate Canadian musicians with musical interests ranging from Beethoven and Ravel to Philip Glass, Ukrainian and American folk music, Tango and Radiohead.

Carissa’s love of chamber music extends into creation and curation, where she continuously strives to bring the concert experience into the 21st century through fresh and innovative programming and presentation. Named Artistic Director of Ottawa Chamberfest in 2020, Carissa programs and oversees a two-week summer festival (amongst the world’s largest), a fall-winter concert series, and a suite of community engagement and education initiatives. She cut her teeth as a curator as co-founder and co-director of the Ritornello Chamber Music Festival in her hometown, Saskatoon, and as co-director of Classical Unbound in wine-loving Prince Edward County with Ironwood.

As a dynamic and fluid musician never limited by genre, Carissa thrives in the richness of various musical experiences. She is the lead singer, violinist, and arranger in the Ukrainian turbo-folk band Тут і Там (pronounced Toot-ee-tahm). The band has recorded four full-length albums and performed at major Ukrainian festivals across Canada, in Sydney, Australia, and across Ukraine.  In her multidimensional world, she has co-composed and recorded a ballet score for Edmonton’s Ukrainian Shumka Dancers’ production Ancestors & Elders, performed the Canadian premiere of Vivian Fung’s Concerto no. 1 with the Saskatoon Symphony Orchestra, and toured Canada, China, and Europe with the National Arts Centre Orchestra.

Carissa is a strong advocate for more inclusion in classical music, programming and performing new music, female composers, and giving a platform to underrepresented voices. Her evolution as an artist is guided by music’s universality—its power to connect people, its ability to build communities. As both a musician and presenter, she aims to bring people closer together. The pursuit of meaningful and honest connection, combined with a healthy dose of curiosity, serves as the driving force shaping her artistic voice. She brings a versatile skill set, a unique voice, warm energy, and vigorous dedication to any musical pursuit.

Carissa holds a doctorate in violin performance from McGill University, where she focused on the little-known classical violin repertoire of Ukrainian composers. A two-time laureate of the Canada Council for the Arts Musical Instrument Bank Competition, Carissa performed on two Vuillaume violins from the collection, most recently a beautiful Maggini model from 1851.  Currently, Carissa performs on a 2009 instrument by Mark Schnurr of Flesherton, Ontario and a Denis Cormier viola.  Her debut recording SOUNDWORLDS was released in 2016 with Canadian pianist Philip Chiu. When not making music, Carissa can be found spinning vinyl, spending time with Figaro, her cat, or expanding her love of coffee in some little café somewhere.

“She has a meaty, luscious sound, rhythmically driven, the raw honesty of her musicality tempered by a confident, light-handed virtuosity.”