Native of Ottawa, Nicole Presentey began studying the piano at age four.  She made her recital debut several years later in Ottawa and Toronto followed by her first appearance with orchestra at age twelve performing Mozart Piano Concerto K271 with the Ottawa Symphony Orchestra.  Recipient of numerous prizes in Canada, she went on to compete successfully in several international music competitions, including the prestigious Royal Overseas League Competition in London. Her performances as a soloist, chamber musician and duo pianist have been heard in this country, the United States, Europe, Great Britain and Scandinavia. Radio-Canada, the Canadian Broadcasting Corporation and Radio Italia have recorded her concerts for broadcast and she has made numerous television appearances on several Canadian networks.

Her performances are now rare but sought after, and have elicited praise from critics such as Jacob Siskind: “Presentey seemed at one with the spirit of Schubert…giving the melodic lines a sense of effortless freedom rarely encountered, making the drama under the surface of the melodies bubble and ferment without disturbing the line… These were performances of the very highest calibre, musically and emotionally…soaring effortlessly far above the general level…spontaneous music-making of the very highest order.”

Recent appearances include performances at the Ottawa Studio Sessions Series in 2020, Carleton Dominion Chalmers Centre and Steinway Gallery in Ottawa in 2019, Ottawa Chamberfest in the duo Molto Piano with James Parker in 2018 and a two piano eight hand celebration led by Jon Kimura Parker at the 2014 Chamberfest Gala. A graduate of the 2017, 2018 and 2019 Tafelmusik Baroque Summer Institute, Nicole has performed on several occasions as continuo in Toronto and Ottawa.

Currently living in Ottawa, Nicole Presentey maintains an active private piano studio. In 2001 she joined Carleton University’s School for Studies in Art and Culture: Music where she is an Associate Piano Performance (Classical) Faculty Member and sessional lecturer. In 2003 she founded and continues to direct the Carleton University Chamber Music Ensembles. 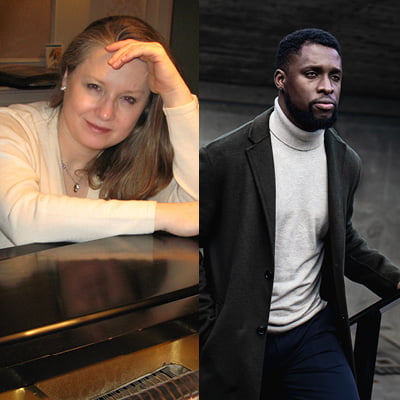