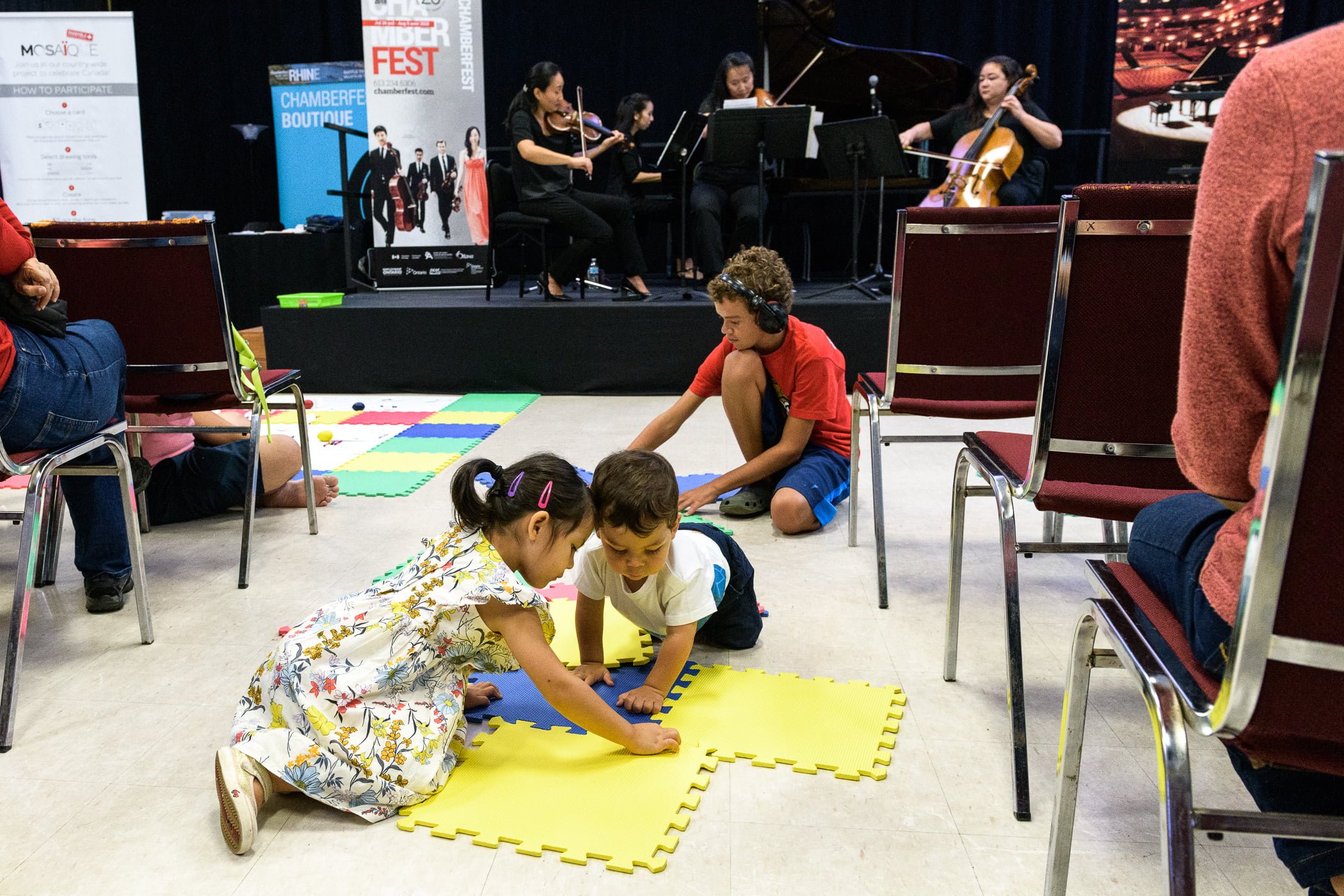 An interview with Erin Parkes, founder and Director of Research and Professional Development at Lotus Centre for Special Music Education

Creating a diverse and inclusive community plays a vital role in the vibrancy and longevity of Ottawa Chamberfest’s audiences. Chamberfest’s Adapted Concert Series creates a safe and welcoming environment for children and people with sensory sensitivities and exceptionalities to experience world class music with appropriate modifications.

Erin Parkes is the founder and Director of Research and Professional Development at Lotus Centre for Special Music Education, and has helped to shape Chamberfest’s adapted concerts into the inclusive series it is today. An invaluable resource, Erin is passionate about providing access to adapted music programs for the special needs community.

Our team at Ottawa Chamberfest sat down with Erin to learn more about her experience with Chamberfest’s Adapted Concert series.

Ottawa Chamberfest: Tell us a bit about yourself and your background.

Erin Parkes: I’m a music educator. I’ve been teaching for over 25 years now, primarily as a piano teacher, and I’ve taught students with exceptionalities throughout my teaching career. In 2010 when I was applying to do my doctorate music education, my eldest son who’s now 16, was diagnosed with autism. I started researching and saw a lot of correlations between autism, cognition and music. It led to me focusing my work in music education on students with exceptionalities.

I’m also a professor at the University of Ottawa, and in 2012 I founded the Lotus Centre for Special Music Education, which is a charitable organization in Ottawa that is essentially a music school for students with exceptionalities. We also have partnerships with organizations like Ottawa Chamberfest to include the special needs community in different arts opportunities in Ottawa and beyond.

What’s different about Chamberfest and the organization’s mission that drew you to collaborate with them?

Chamberfest approached me, and they shared very purposefully their focus on community engagement and inclusivity. I could see that this was not just a pocket project for them, but something that they wanted to do because it’s a reflection of their larger vision. That wholehearted commitment to providing accessible programming really aligned with my own values and mission in my work.

How has your work in special music education influenced Chamberfest’s Adapted Concerts?

When we started, sensory-friendly or adapted concerts were still pretty new. I had been doing this with other organizations, but also running a lot of camps and arts activities for students and people with disabilities or neurodiversity.

With Chamberfest, we had to look at doing an environmental audit, and how to adapt their programming and communication. An open and welcoming atmosphere is what the neurodiverse community’s really looking for, and I didn’t need to bring it at all because Chamberfest was already on board.

Can you tell me a little bit more about the types of modifications that are required to make an adapted concert sensory-friendly?

Environment programming, event programming and communication are key. Many audience members need a lot of sensory stimulation. It’s about balancing having some quiet times, but also having space in which participants can move.

There’s a sensory element to the programming itself, too. Varied songs, opportunities for movement, shorter pieces. The concert’s pretty succinct in terms of the musical content.

We always communicate with the audience about what they’re going to hear. A lot of neurodiverse people need to have a feel for what’s going to happen, which also allows for deeper engagement. We also teach performers not to use too much language, instead using gestures and nonverbal communication.

What would you say to families with exceptionalities that are thinking of attending Chamberfest’s adapted concerts?

What I hear from a lot of families is they are still worried because they’ve had negative experiences, and they’re concerned that the adaptations still won’t be enough or there will still be expectations. The adapted series really is for everybody. Any behaviour is accepted. Please give it a try.

It’s an ongoing process, and everybody’s needs are different. We’re happy to continue to learn and adapt with them.

How would you like to see Chamberfest grow and change with its Adapted Concert series?

Chamberfest has been really great at incorporating new ideas as they come. There’s also more research coming out and Chamberfest is part of that.

We had the opportunity during the pandemic to try virtual concerts, which was quite successful. Particularly for this community, the disability community, sometimes going to venues can be difficult for a variety of reasons. Having in-person and virtual options will open up a world of possibilities to people that otherwise maybe couldn’t attend.

What are you working on next?

I’m working on researching the impact of adaptive concerts. It’s exploding right now. To see it grow and generate more awareness about the importance of this—it’s a human rights issue. Everybody should have access to the arts and to see more arts organizations take that on, even though it’s difficult, is amazing. They’re putting that work in because they recognize that it’s important.

Learn more about Chamberfest’s Adapted Concert Series and other Community Engagement programs designed to create a diverse and inclusive range of experiences through music.