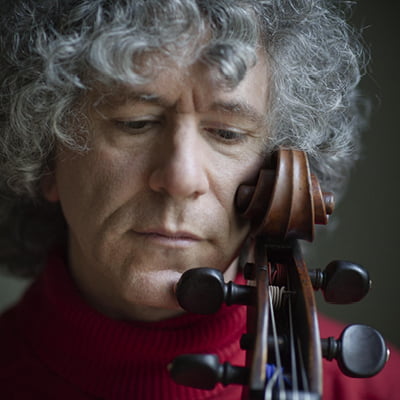 Acclaimed worldwide for his profound musicianship and technical mastery, British cellist Steven Isserlis enjoys a uniquely varied career as a soloist, chamber musician, educator, author and broadcaster. He appears with the world’s leading orchestras and conductors, and gives recitals in major musical centres. As a chamber musician, he has curated concert series for many prestigious venues, including London’s Wigmore Hall, New York’s 92nd St Y, and the Salzburg Festival. Unusually, he also directs chamber orchestras from the cello in classical programmes.

Since 1997, Steven has been Artistic Director of the International Musicians Seminar at Prussia Cove, Cornwall. He also enjoys playing for children, and has created three musical stories, with the composer Anne Dudley. His two books for children, published by Faber & Faber, have been translated into many languages; his latest book for Faber is a commentary on Schumann’s Advice for Young Musicians, and a book about the Bach suites will appear in 2021. He has also devised and written two evenings of words and music, one describing the last years of Robert Schumann, the other devoted to Marcel Proust and his salons, and has presented many programmes for radio, including documentaries about two of his heroes – Robert Schumann and Harpo Marx.

The recipient of many awards, Steven’s honours include a CBE in recognition of his services to music, the Schumann Prize of the City of Zwickau, the Piatigorsky Prize and Maestro Foundation Genius Grant in the U.S, the Glashütte Award in Germany, the Gold Medal awarded by the Armenian Ministry of Culture, and the Wigmore Medal.

Steven plays the ‘Marquis de Corberon’ Stradivarius of 1726, on loan from the Royal Academy of Music. 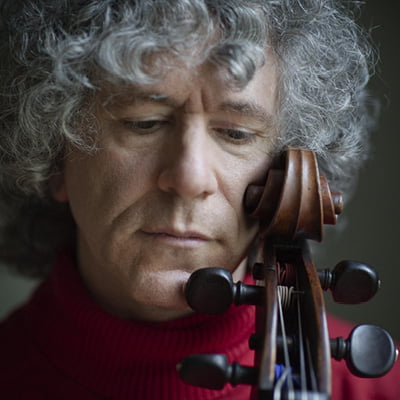